Mosaic is an exciting addition to Dallas’ nighttime skyline. Both mid-century and modern, this magical landmark now lights up downtown Dallas with a unique magenta and turquoise color combination.

Mosaic’s owners, Olympus Properties, wanted to create a unique identity for the apartment building at night. The lighting project was part of a wider multi-million-dollar upgrade to the entire building. They approached Mark Reed-Walkup of Wiedamark, a Dallas-based supplier of high technology solid state lighting systems. Reed-Walkup in turn enlisted the help of Daryl Vaughan, lighting designer and co-owner of Light Partners, a Houston-based creative lighting consultancy.

Together, Wiedamark and Light Partners would propose a range of architectural illumination proposals to meet the client’s design brief, having previously collaborated on several successful projects. This included high-profile, large-scale architectural lighting installations in Dallas, including the upgrade of Reunion Tower’s iconic illuminated sphere and the lighting of the historic Davis Building on Main Street.

Early fixture evaluation tests revealed that a three-foot offset was necessary for the light beams to reach the tower’s upper levels. As such, customized hardware was required to support the fixtures. It was critical not only that the brackets could bear the weight of the fixtures, but that they were also visually discreet. Vaughan conceived an elegant solution to be made from sheet aluminum, incorporating a stenciled ‘M’ on the angled surface. The design contributes to the sense of transparency and impression of lightness that belies the brackets’ strength and size.

High-output ‘double-beam’ floodlights were positioned at the fourth-floor level on the South and West façades along with ‘single-beam’ units at the eighth-floor level on the North façade. These luminaires project intense beams of controlled light vertically upward, grazing the fenestrated sections between the signature mosaic-tiled columns. This is complemented by an upper band of intense light encircling the top of the tower at the roofline. The latter consists of pairs of vertically-mounted compact flood fixtures with horizontally opposing beams of light grazing across the brick surface.

The Dallas Historic Commission were consulted throughout the design development process to navigate any necessary regulatory requirements. As a listed building of historical significance, the commission’s members wanted to ensure any modifications remained in keeping with the building’s original appearance. A local steel fabricator built the custom hardware to exacting specifications, matching the distinctive ‘light sand’ color of the brickwork on the brackets and the light fixtures themselves.

The sole exception to this color scheme is on the pool (North) side where the existing black steelwork of apartment balconies logically dictated that the brackets and fixtures should be in matching black finish. The other key concern was the complete lack of any substantial decorative relief on the surfaces to be lit. However, fixture testing revealed that the horizontal ridges formed by the steel window frames at every floor level possessed highly reflective properties – valuable ‘catch points’ for the lights. Coupled with the relatively neutral light shade of the surrounding brickwork, the result is a strikingly effective canvas for the color-changing beams of light.

The entire system is remotely controlled from a computer within the building. Each light can be programmed and controlled individually allowing for an endless variety of ‘looks’ or shows to suit annual holidays, special occasions, citywide events or Dallas sports team wins. Vaughan has created a wide repertoire of light shows to mark 4th July, Dallas Pride Week, Thanksgiving, Christmas, New Year’s Eve, and Mardi Gras among many others.

The end-result is a vibrant, head-turning display that acts as a visual magnet, making the building more memorable and enhancing the apartments’ marketability. It’s anticipated that the light shows will entertain residents, visitors and members of the public alike, helping to transform the entire site and make a positive impact on the nightlife in Dallas for years to come.

Further information can be found at: https://www.colorkinetics.com/global/showcase/mosaic 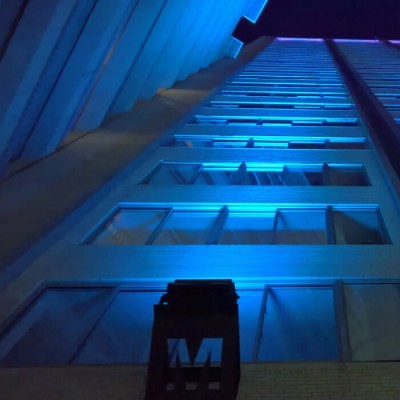 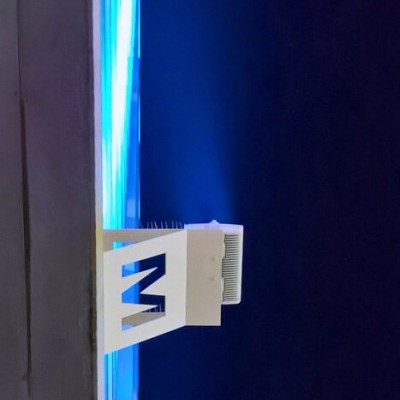 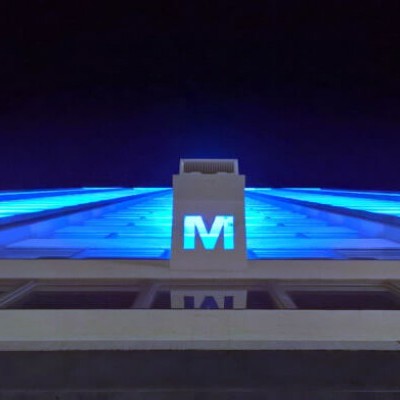 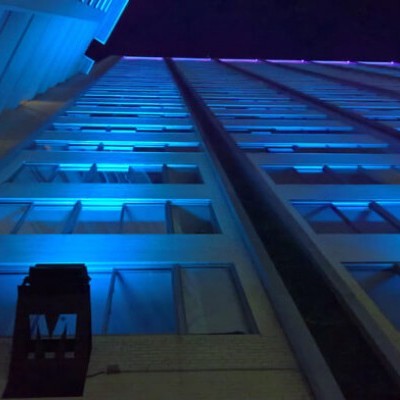 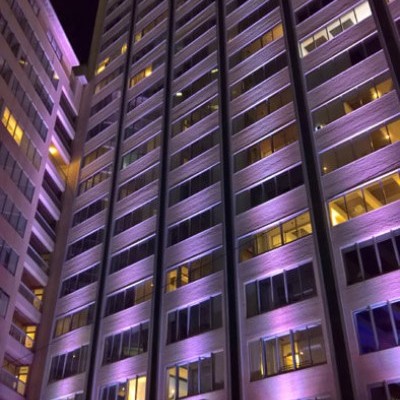 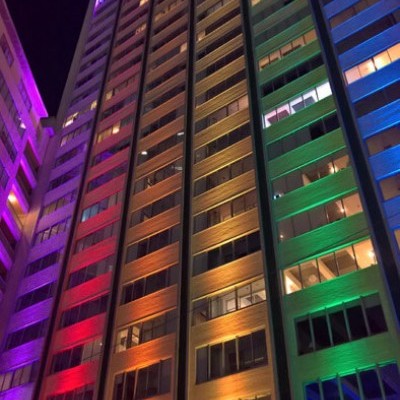 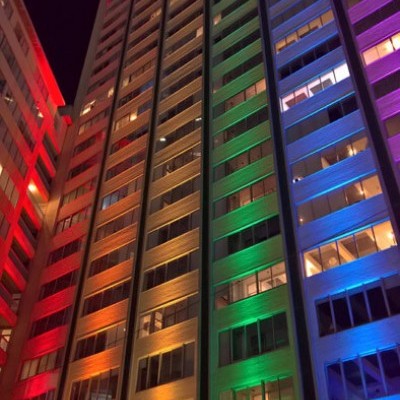 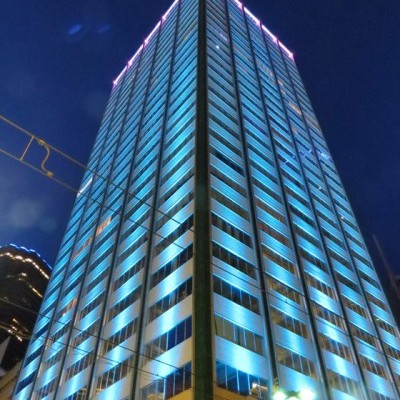 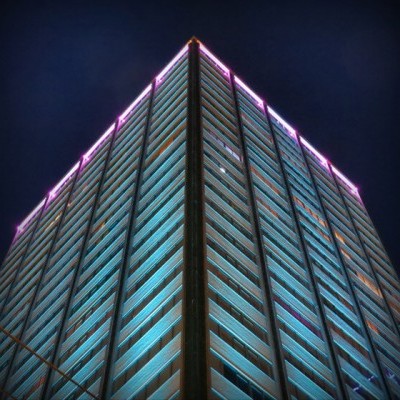 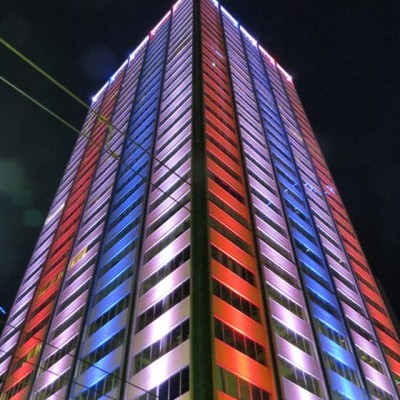 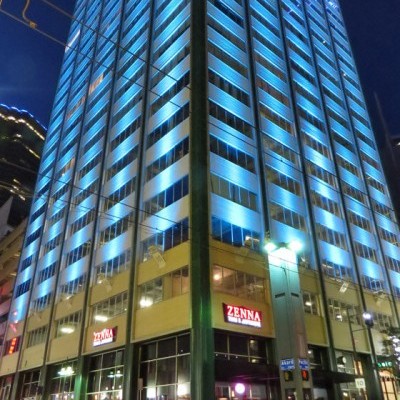 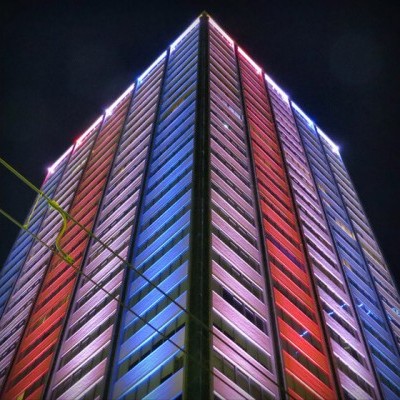 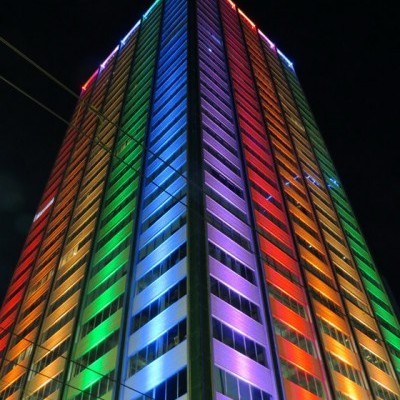 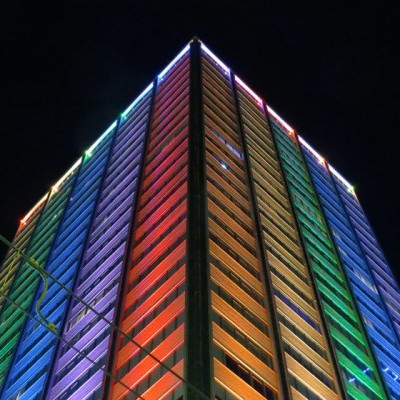 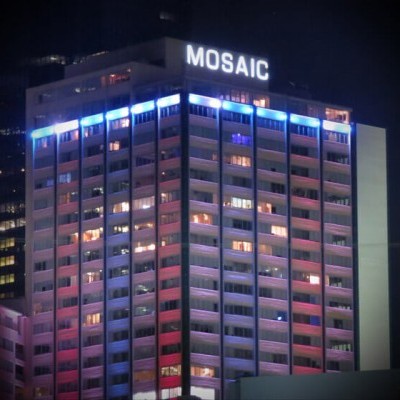 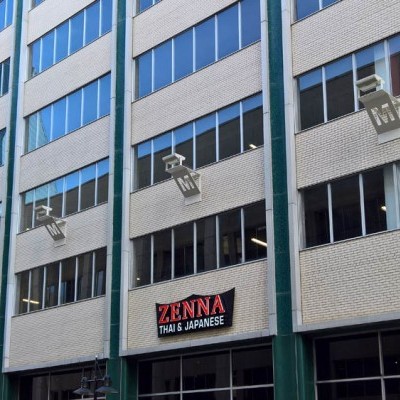 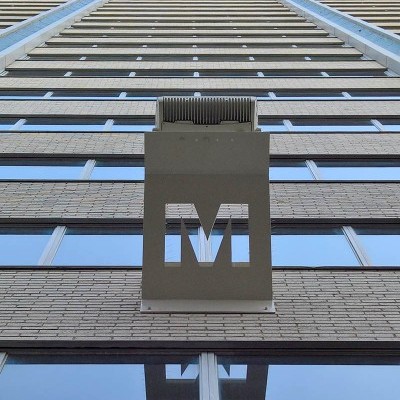 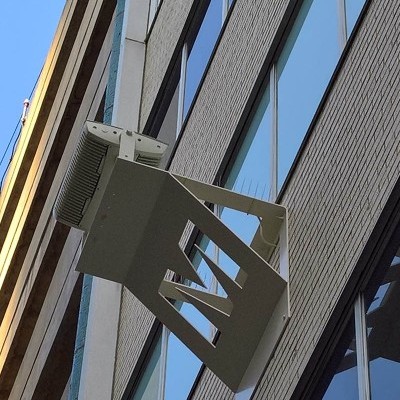 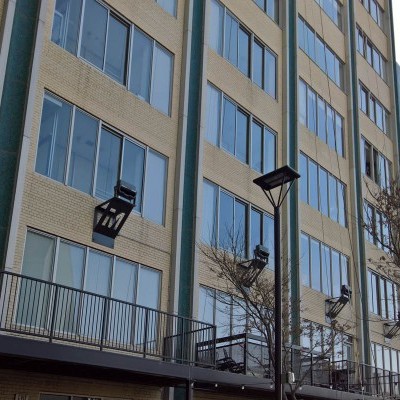 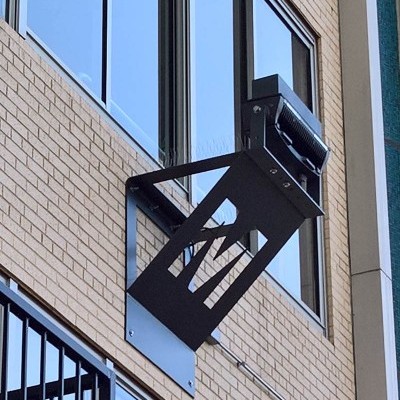