The Davis Building is one of the most historic and architecturally distinguished buildings in downtown Dallas, Texas, USA. At 20 stories, the building was the second tallest building in Dallas when it was built in 1926, and its eastern cupola-crowned section served as the headquarters for the Republic National Bank for nearly 30 years. In 2003, the building was reborn as a luxury mixed-use apartment community offering residents an eclectic blend of vintage 1920's architecture and modern luxury living.

In an effort to honor the Davis Building's rich history, in 2011 the building owners launched an initiative to renovate the building's outdated exterior lighting with a dynamic, energy-efficient LED system. This modern upgrade coincides with the city's recent urban revitalization plan, which includes the renovation of a number of major skyscrapers and office buildings in the downtown area.

According to the proposal submitted to the Dallas Landmark Commission by lighting designer Daryl Vaughan of Light Partners LLC and project manager Mark Reed-Walkup of WieDaMark LLC, the design objective of the retrofit was simple: to give the building a unique visual identity, highlighting its original architecture while supporting the overall renewal of downtown Dallas. "The aim is to produce a vibrant, head-turning display that will act as a visual magnet, draw traffic to the building, entertain apartment owners and visitors, and generally generate a real 'buzz' in the city," Reed-Walkup wrote.

A focal point of Vaughan's lighting design is the building's roof, which includes a rooftop pool, garden cabana, and elegantly sculpted antique stone rotunda. The project's installation crew installed 335 m (1,100 ft) of high-output LED nodes on the roof ledge, outlining the roof with rich, dynamic color. This effect is mirrored on the peak of the domed cupola crowning the rotunda, which is lit with an additional 15 m (50 ft) of high-output RGB LED flex. Ten high-output compact floodlights and a further ten spot and accent lights illuminate the columns supporting the cupola with dynamic color and high-quality white light.

Lower on the building, the carved stone columns on the 19th and 17th floor ledges are uplit by eight compact spot luminaires and ten wash lights, respectively. Six long-throw LED floodlights mounted on the fifth floor ledge wash a 12-story section of the building's façade with beams of colored light, providing a visual centerpiece to the lighting design.

Nearer to street level, the 4th floor ledge is lit by another 122 m (400 ft) of high-output LED nodes, while the four-story columns flanking the building's entrance are illuminated by high-output, narrow-beam floodlights. The entire installation is controlled by two synchronised system controllers, one at roof level, the other in the basement, allowing for a variety of preset and custom light shows in addition to solid color or white displays.

On November 16, 2012, the building's new lighting system debuted as part of Dallas's annual City Lights holiday festival, displaying a variety of festive lighting programs in a half-hour loop. Since then, the building owners have further experimented with a repertoire of unique light shows for special occasions, sporting events and public holidays.

Commenting on the installation's success, the building’s owners Bascom Group said: "The goal was to preserve the authenticity of the building's structure while highlighting its unique design and original masonry.  We were delighted to partner with Light Partners and WieDaMark, both of whom provided extraordinary vision and dedication on this monumental project."

"This is a particularly elegant building with a delicate façade, the integrity of which we were determined to preserve and enhance. I believe we have achieved this goal using a wide range of highly-sophisticated LED lighting equipment, allowing people to see its wonderful visage in an entirely different light," said Vaughan. “The positive response and enthusiastic approval from residents, locals, and visitors has been overwhelming."

Further information can be found at: https://www.colorkinetics.com/global/showcase/davis-building 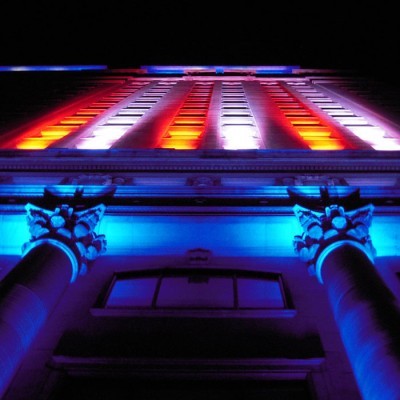 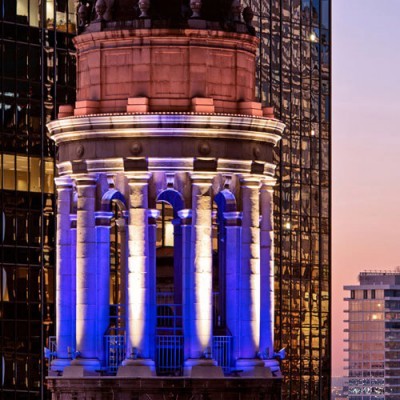 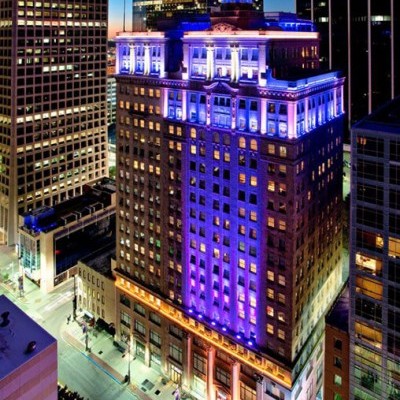 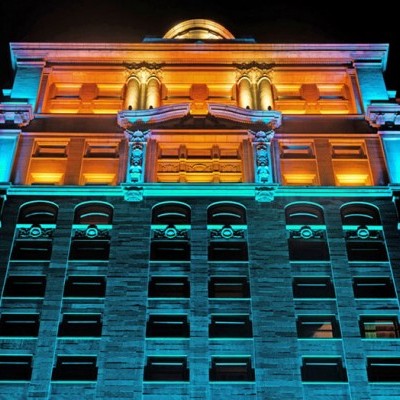 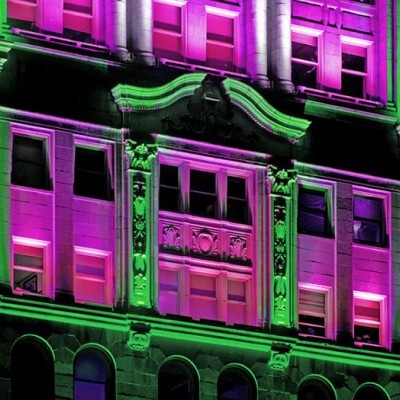 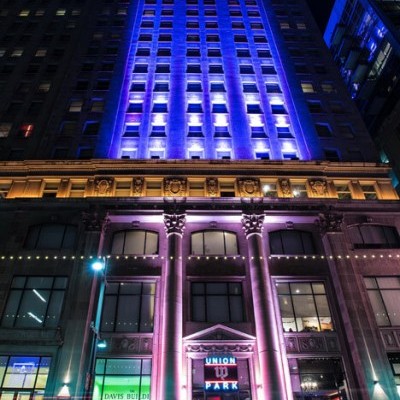 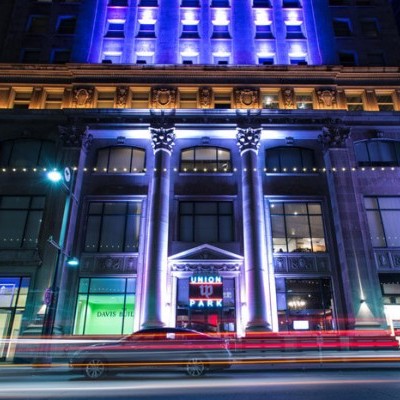 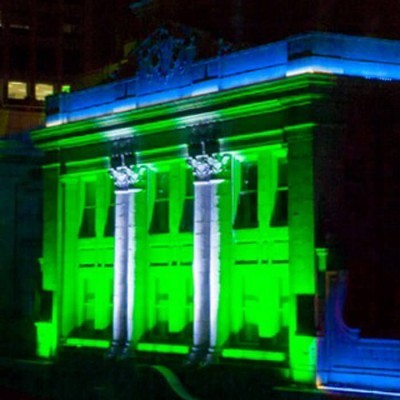 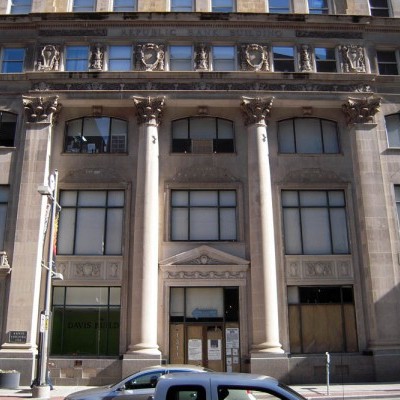 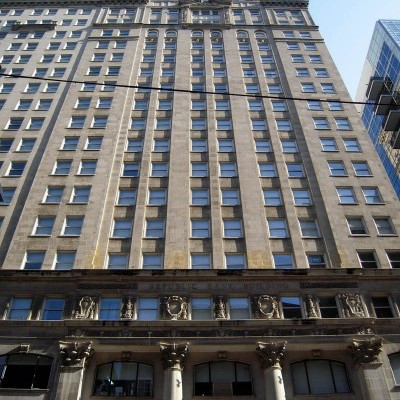 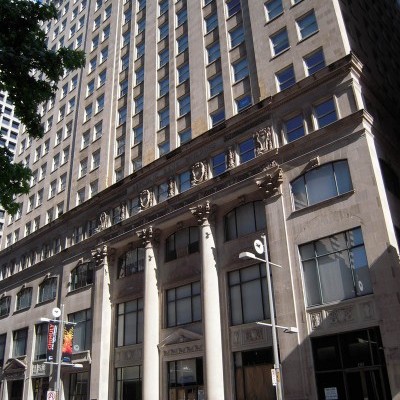 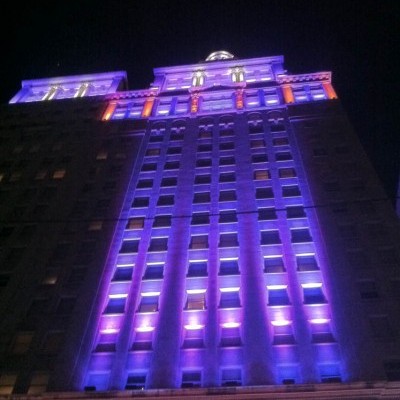 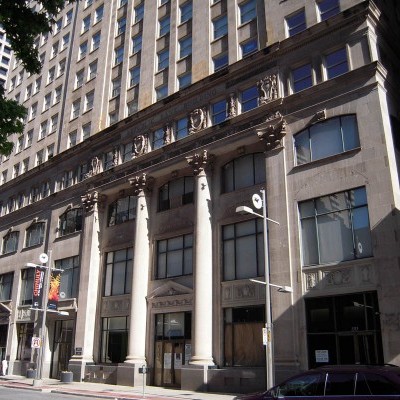